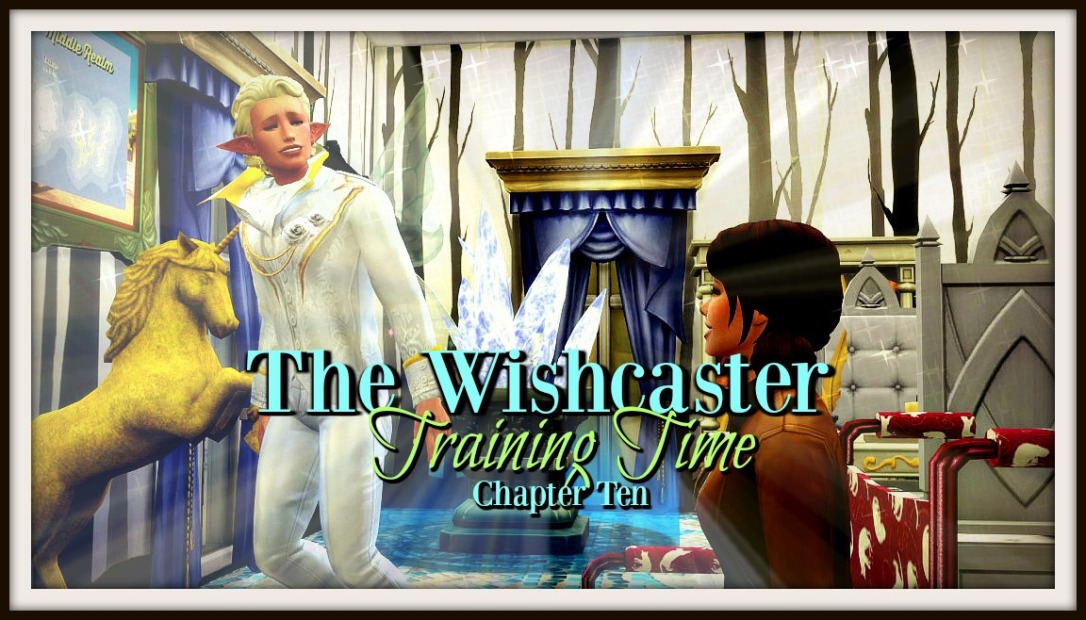 Brenden took me to a room full of maps, books and crystals.

On one wall hung three huge maps—Under Realm, Middle Realm, and Over Realm. I recognized Over Realm—it was the map of Earth—showing all the continents.

Middle Realm was fairly small in comparison. There were five kingdoms with rivers and mountains flowing between them. On the outskirts of one kingdom was something called the Sea of Sand.

“Which kingdom is yours, Brenden?” I asked.

He hesitated, flicking his eyes down then threw on a smile. “We are near the Sea of Sand, here,” he said, tapping on the green colored southern kingdom—Fairbairn. 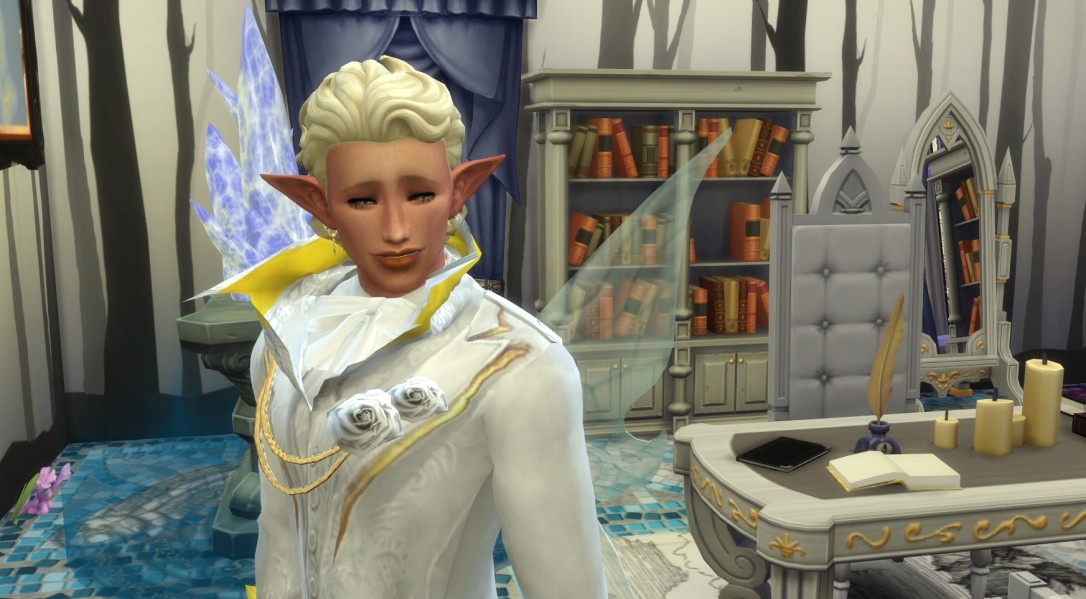 “Not like the deserts of Over Realm. This desert moves much like your oceans with currents and waves. We have sand boats that sail across it, but it’s very dangerous. Many nasty creatures live there.”

Brenden waved his hand over the maps, “These Realms exist together within the dimensions of the earth and are hidden from each other by an invisible shroud or shield until such a time when all realms will live together in peace. That, unfortunately, hasn’t happened yet. As you know, the Under Realm wants to attack our realms and bring us under their submission. As Wishcaster, it’s your job to oversee the shroud, making sure there are no punctures or cracks. You will also be an ambassador for all the realms. This will be explained more fully when we see the queen.”

I had more questions but decided I’d ask the queen later. In the corner, I noticed a white and blue shimmering crystal jutting out of a stone pillar. “Is that the Wish shard you were talking about earlier?” 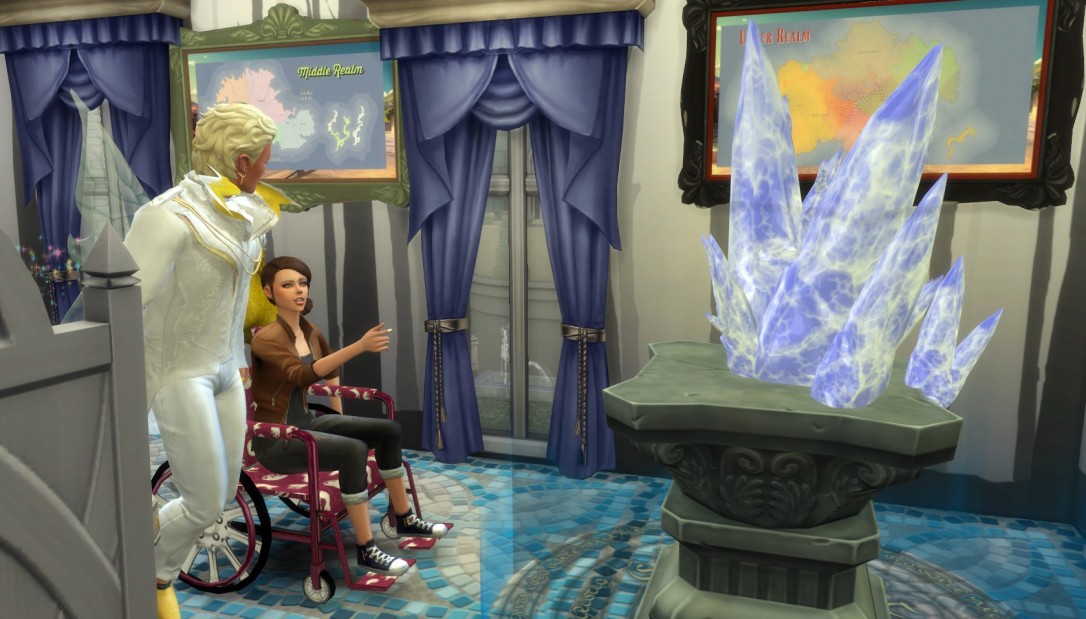 Brenden grinned, walking over to the stone. “Yes. We use this to view our prospects.”

“We?” I asked. “There are more people looking for Wishcasters?”

“Yes,” Brenden said. “Four others will be going against you in the trials.”

“Four,” I whispered. “Do they have two working legs?”

Brenden threw up a finger and said, “Athena, the test has nothing to do with physical conquests.”

He tapped at his chest. “It’s what’s in here that counts.”

I bit my lip. I was about to argue with him about the real limitations of a wheelchair in places like a sea of sand or a mountain range when Brenden floated toward a stack of books on a table and picked one up.

Then he gave it to me. Similar in size to Wish Book, I opened it. The title page read: Wishcaster Training Manual: 9474.

I swallowed. “Looks like it’ll take me a century to read this.” 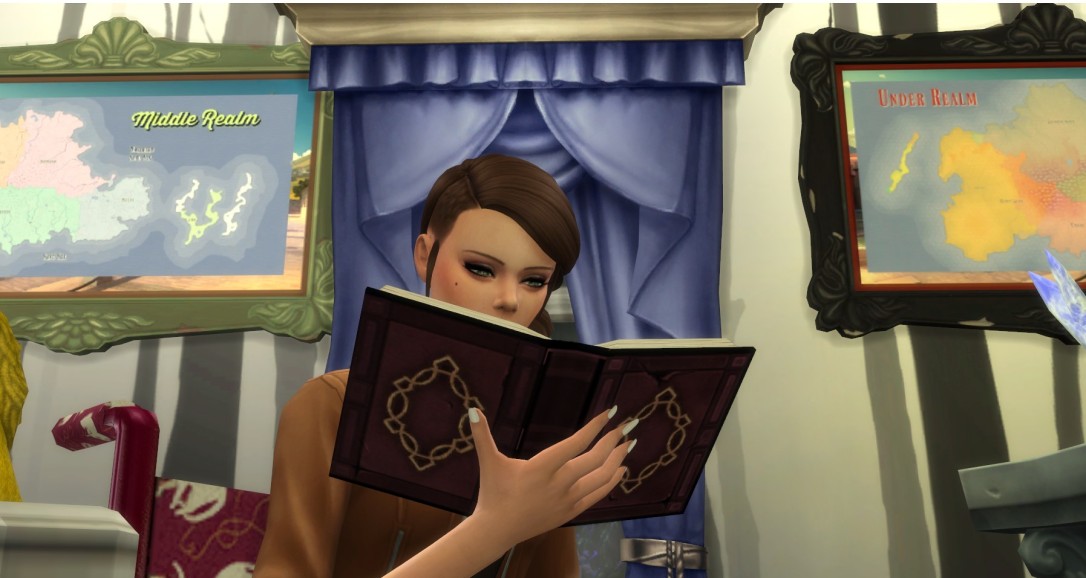 Cocking his head, he said, “You’ll have plenty of time to get acquainted with it if you do become the Wishcaster. But for now, I only need you to read the first chapter and then we’ll talk about it.”

I flipped through the pages. One in particular caught my eye. It read, “The Wishcaster is granted three wishes in times of trouble. They are only to be used when the Wish Book is not available. Use them wisely.”

I rolled my eyes. “Three wishes? Isn’t that a little…cliché?”

Brenden peered over at the page I was reading and glared. “Why are you on Chapter Twenty Three? I told you to read Chapter One!”

Brenden pursed his lips. “Where on all the realms do you think these authors got the idea? All fiction starts with nonfiction. There’s a niggle of truth in every story. If you ask me, most authors are really thieves. Stealing from the realities of true stories of the past. There’s not an original thought in human history.” He jerked the book out of my hands and flipped to the front of the book then sat down in a chair. “Now here’s chapter one. Read.” 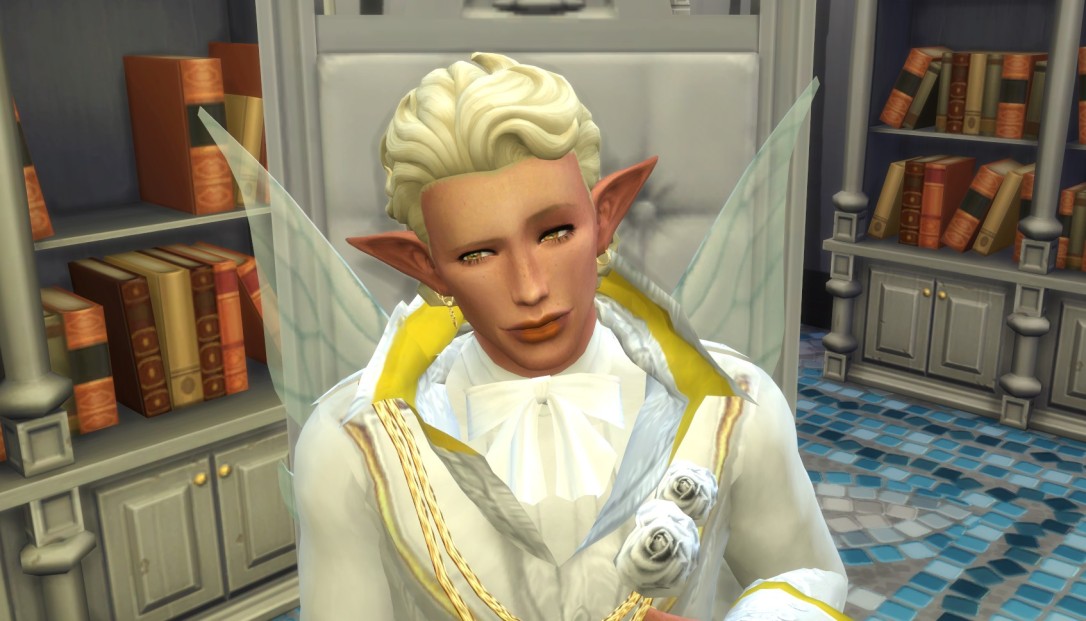 Just then, a frantic girl fairy who looked about the same age as Lenora, rushed over to his side. She whispered something urgently to him, but I couldn’t make out what she said.

Snapping his fingers, sparkles swept over me as I’d seen so many times before when Brenden was Wish Book. “What the hell?”

When the flashes dissipated, I was dressed in some sort of fairy combat outfit.

Taking the book out of my hands and tossing it on the table, he grabbed the handles of my chair and raced out of the room, pushing me with him.

“What’s going on?” I cried. My stomach whooshed like I’d dropped off a swing–we were flying so fast.

“I haven’t the time to train you, dear Athena,” he yelled, careening my wheelchair around corners.

We were going to run over a tiny tot!

“Get out of the way. Wishcaster incoming!” Brenden bellowed. 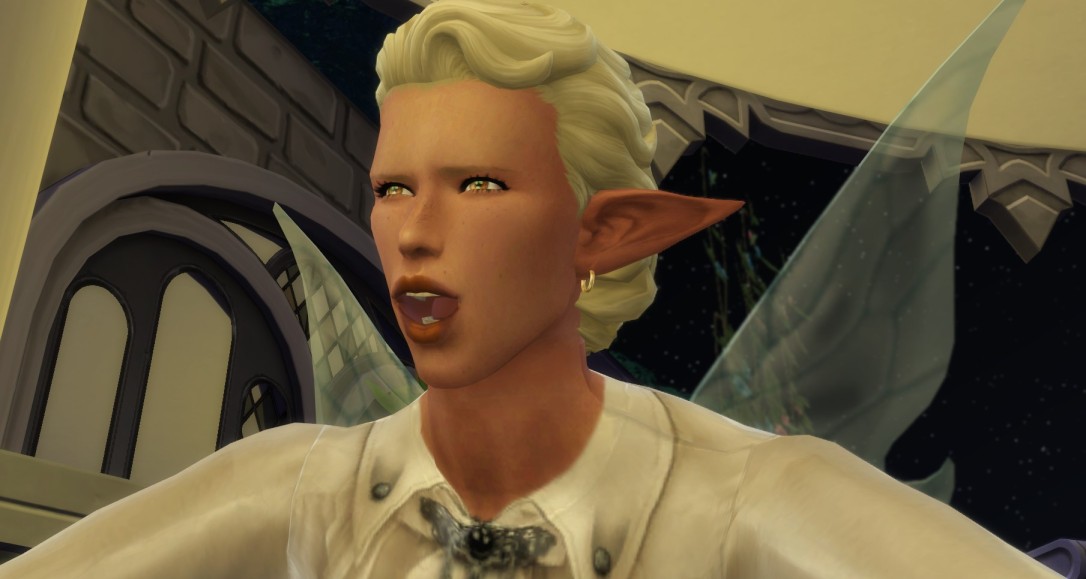 The tot (and a few other rando fairies) yelled profanities at him (well, I thought they were profanities—I really didn’t understand the words).

He shouted an apology and rolled me toward a vast, golden door. Jumping around my chair, he took both of my hands, breathing hard. “Do not look at Queen Oria directly until she gives the order.” 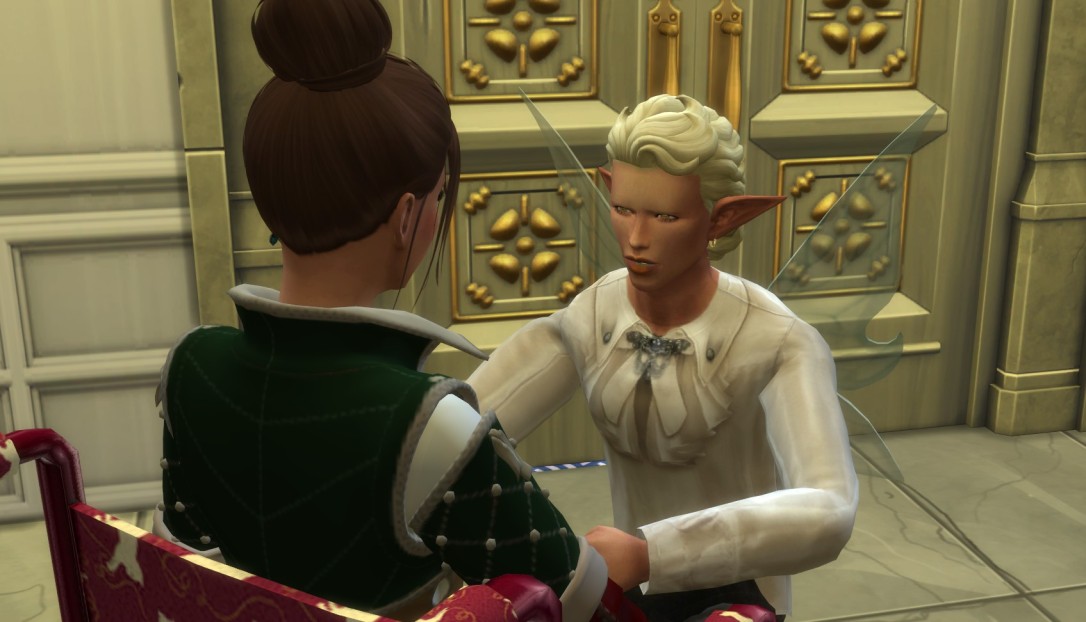 I could see his heartbeat pounding in his neck. Mine followed. “Do not say anything until she asks you a question.” He swallowed and glanced down for a moment then said, “And most importantly, Athena. Believe in yourself.”

My stomach clenched as all the blood drained out of my head. 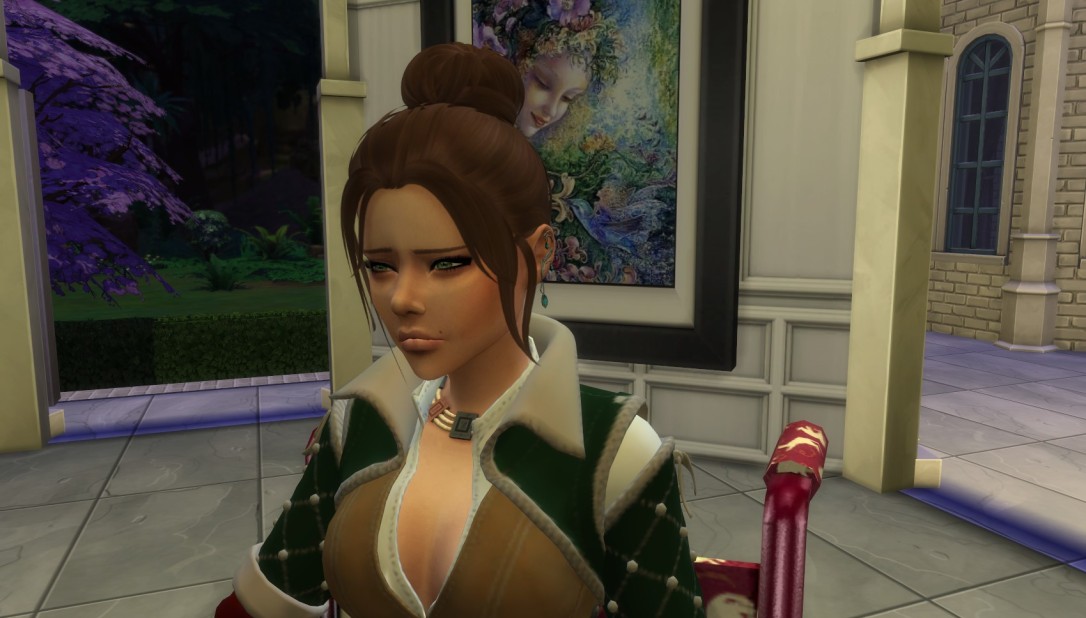 The doors opened with a loud boom. I flinched, blinking wildly. I had no idea what to expect except that I needed to follow Brenden’s instructions. Although I didn’t really understand all that was going on, for some strange reason, I wanted to succeed. Deep down inside, I needed to become the Wishcaster no matter how stupid that sounded. Something within me yearned for it.

Breathing deeply, I looked down at my shoes, my velvet pants, my knobby knees.